Identifying the First Beast of Revelation 13

Baron Nathan Mayer de Rothschild (appointed Bullion Broker to the Bank of England, 1840-52 (向英倫銀行提供黃金的私人銀行家): I care not what puppet is placed upon the throne of England to rule the Empire on which the sun never sets. The man that controls Britain’s money supply controls the British Empire, and I control the British money supply.

John Kenneth Galbraith (Money: Whence it came, where it went, 1975) (加拿大籍的著名美國經濟學家﹐“貨幣的何去何從”) : The study of money, above all other fields in economics, is one in which complexity is used to disguise truth or to evade truth, not to reveal it. The process by which banks create money is so simple that the mind is repelled.

同上(Ditto): When government fears the people, there is liberty. When people fear the government, there is tyranny.

同上(Ditto): A democracy is little more than mob rule, where 51% of the people may take away the rights of the other 49%.

同上(Ditto): My reading of history convinces me that most bad government results from too much government.

The Master Conjunction of 2009 - 2011 ("The People's Choice: Putting Their Masters Back in the Servant Roles" ; "When We Find Our Voices...No Need For Dictators!")
The ruling elites will not last long when citizens start to withhold not only tax revenues and other physical tributes, but the spiritual currency of allegiance and respect. This will inevitably happen as more people come to see that over-empowered institutions are the only animals having the qualities of both predator and parasite, and must now be removed from the masters' roles they have arrogated, and put back in the service role that they may legitimately aim to play.

We'll have perceived that our heaviest codependent relationships are not with our mates, our families or our friends, but with institutions of authority who can keep holding power over us only for as long as we continue to enable them. Once we make it clear to churches, governments and corporations that we will no longer empower them as vampires who get to suck away our money, vitality and joy, then they will fade for lack of food and devotion.

Fungshui, the I-Ching and the 180-Year Grand Cycle

(1) Feng-Shui and the Grand Cycle


The Chinese system of Geomancy (Feng-Shui) operates in the context a “Grand Cycle” of one hundred and eighty years, which are divided into three “Segments”. Each segment is then divided into three “Phases” of twenty years each. The full name of the Grand Cycle is the “Three Segments and Nine Phases” (三元九運).


The Grand Cycle is derived from the observation of the movements of the two planets Jupiter and Saturn. Jupiter takes twelve years to circle the Sun, while Saturn takes thirty years. Thus the LCM of the two is sixty years. It can further be observed that Jupiter and Saturn meet every twenty years. From the above two observations, the Grand Cycle can be construed. The time it takes for the two planets to meet is a “Phase” (運), and every three conjunctions of the two planets is grouped into a “Segment” (元). Thus a Segment corresponds to the LCM of sixty years. Finally, three Segments complete the full Cycle of one hundred and eighty years.


Western astrology also attaches great importance to the two planet Jupiter and Saturn. The former signifies growth and expansion, while the latter signifies contraction and restriction. This corresponds to the fundamental rhythm of all life. It is, therefore, no coincidence that the Jupiter-Saturn duo appears both in Chinese Geomancy and Western Astrology.


Geomancy is the study of how man’s habitat can achieve a harmonious balance with his surroundings. “Feng-Shui” literally means wind and water, hence it refers to the invisible energy of the nature and the cosmic energy that runs through everything.

The Social Welfare System is the Government's Trojan Horse

Governments rely on two monopolies to bolster their position – (1) the monopoly of force and (2) the monopoly of legal tender – and it is the latter that is more fundamental, and yet more vulnerable. This is because if enough people understood the real meaning of “money”, and would switch just a small portion of their savings from “fiat money” into physical gold, the ability of governments to expand and become omnipotent would be severely curtailed, to the benefit of each of us individually and society collectively.

Governments’ Monopoly on Power is Built on its Monopoly of Money

Politics is an insiders’ game, and the playing field is anything but equal. Look at how Obama cheated the American voters with sweet words and powerful rhetoric of “Change”. But nothing has changed. The same old Washington puppet-masters and Wall Street power-brokers are still calling the shots. Elections only replace one group of rascals in power with another group in a perpetual game of musical chairs. Any political party that aspires to power needs funding from the power-brokers, and the money comes with strings attached.


As the saying goes, “Absolute power corrupts absolutely.” Governments the world over today have either grabbed, or been given in return for promises of ever more ruinous welfare, too much power. They have become so corrupt, so venal, so irresponsible, and so beholden to vested interests that they are beyond redemption.

Government is the Problem, not the Solution to our Problems

Broadly speaking, there are only two types of political regimes today : (1) one-man or one-party dictatorships, and (2) electoral democracies. Dictatorships have no redeeming merits, regardless of what little temporary benefits they may have brought at the beginning of their reign. However, upon closer analysis, electoral democracies are not that much better. They are merely two sides of the same coin.


Despite holding elections every few years, “democracies” merely effect a musical-chair type of rotation between a couple of “ruling” parties and their politicians. The names may change, the rhetoric may be different, especially during election time, but once elected, the reality is not dissimilar to what was before. This is not something that people don’t know. They do, and this explains why very few elections manage to bring out more than half of the electorate. Most people are disillusioned. They know that whichever party is voted into power, it will in the end benefit the same crooks and swindlers, the same fools and clowns. 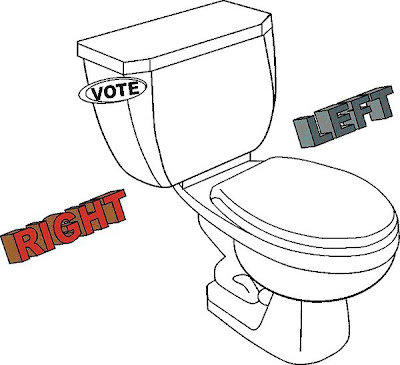 Lack of Spiritual Values is a Major Weakness of the Chinese

In China’s long cultural history, many ideals of a religious nature have made their appearance. There were the homegrown ones, such as the ideals of of Lao-Tse’s Taoism, and the foreign imports, such as Buddhism and Christianity. But, regardless of whether it was homegrown or foreign, these ideals invariably have undergone a process that turned these ideals on their heads – what was originally intended to be uplifting, to be a means of steering man’s mind away from the material to the spiritual realm, make a u-turn back to the mundane and the materialistic. Worse, this was done with a vengeance, for now even the Gods have been enlisted in man’s pursuit of material gain. 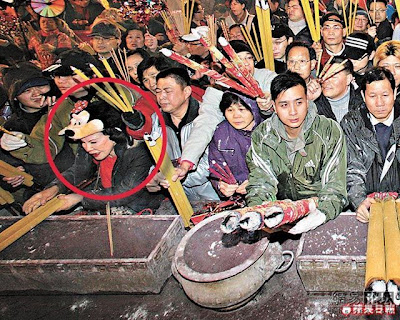